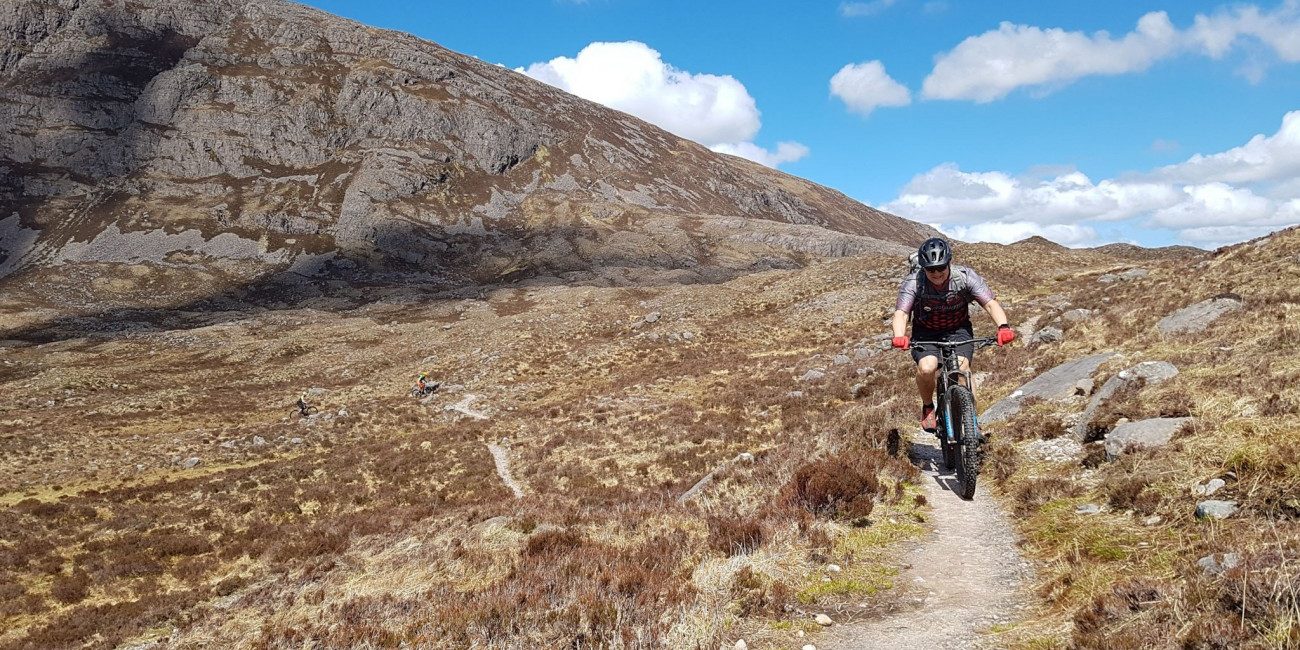 We were pretty stoked to have Steve Justice from Alabama join us in Torridon in May. Here’s his story in his own words…

I wish I could say I felt at ease when we started riding.

When you’ve been riding for nearly 30 years, you know when you’re riding well and when you’re not. The bike becomes a dance partner. You weave, dip, lean, and slide to and fro on the bike in a thousand different combinations, unconsciously applying thousands of hours of trial and error, oblivious to everything except the music of the trail. When it’s right, there is a flow, a groove, a feeling of effortless motion that approaches the sublime.

But some days you’ve got no rhythm. When the flow gods refuse to grant you the sweetness, you have two choices; pack it in and go home or persevere. I didn’t really have the option of bailing, and I wouldn’t dare show any wimpiness to my new friends, so I practised the art of active patience. In other words, I continued to turn the pedals and hoped for a reprieve.

I don’t know what caused my funk. Maybe it started on the overnight flight across the Atlantic when I wasn’t able to sleep. Maybe it was the result of running all over Edinburgh and Fort William, physically wearing myself down. Maybe it was riding a strange bike that I had rented for the trip. Maybe it was these extremely challenging trails; ancient deep and narrow ruts, worn down by countless years of human passage, filled with fist-sized rocks.

Whatever it was, I rode on, a stranger in a strange place, feeling as if I was trespassing in a cathedral whose liturgy I did not know, screaming down a landscape that at times seemed dead as a tomb, but capable of coming alive at any moment to swallow insufficiently pious American mountain bikers. The northern gods who are in charge up here are capricious and petulant; they hurled me off my bike into thigh deep mud holes, flipped me over my handlebars, smashed and scraped my shins and forearms, and frustrated my attempts to ride the rock-strewn trail, preferring instead to give me the Sisyphean task of walking the bike up yet another hill. 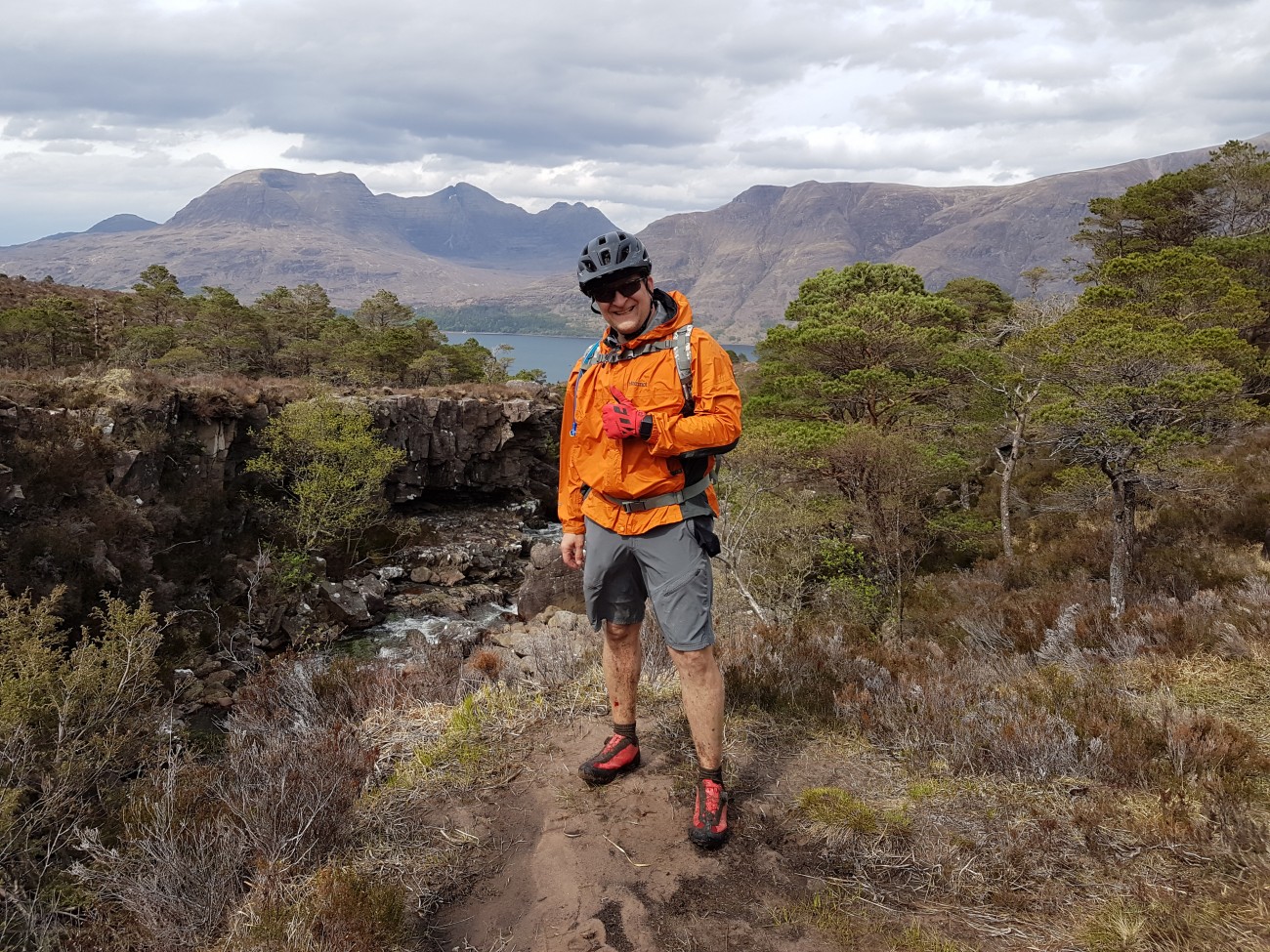 The rain spit, the sky swirled menacingly, the wind sliced us and blew whitecaps on a tiny loch at the top of Ben Damph where we ate our sandwiches. It felt like the ragged edge of the world, where the sharp relief between the living and the dead becomes more of a question than a statement.

I was thousands of miles from home and my mood changed with each mile. Frustrated, amused, homesick, elated, terrified, comforted, bewildered. The inconsistent mixture of emotions swirled around in my brain, confusing and exhausting me. Then a realization hit me…

This is what it means to be alive.

This is why I do this.

In the movie The Matrix, Keanu Reeves’ character Neo is given a choice. Either he can take the blue pill and continue his comfortable, yet fictional existence in the matrix, or he can take the red pill and be ejected from the matrix into the terrifying, yet real world.

In a way, that was what I was doing. I had come to the wild fringe of the world, to the hard high place, so that I could have a red pill moment. I had come to destroy the hubris that familiarity breeds. I had come to deconstruct any fictions that my ego had woven about my capabilities. I had come to stand in front of the blast furnace of mortality, far from the assurance of routine, and let it melt away misconceptions I have about the speed with which life is moving. My Scottish ancestors, strangers to the comfort that envelops us and deadens our senses, did not have this modern problem in the harrowing lives they led. They lived every day of their short lives. I have to manufacture it.

I ride the red pill. I leave civilization for a little while so that I can come back more civilized.

On the third day, I finally felt comfortable on the bike and settled in for a long day in the saddle. The weather had turned perfect with blue skies and mild temperatures. We enjoyed a pleasant ride up the mountain to a ridge where we waited for the other half of our group, youngsters who had taken the high route while those of us in the over-50 crowd enjoyed the milder pleasures of the lower slopes. As we waited, I found a patch of dry moss and dozed in the rare Scottish warmth. I acknowleged the perfection of the moment and gave thanks. 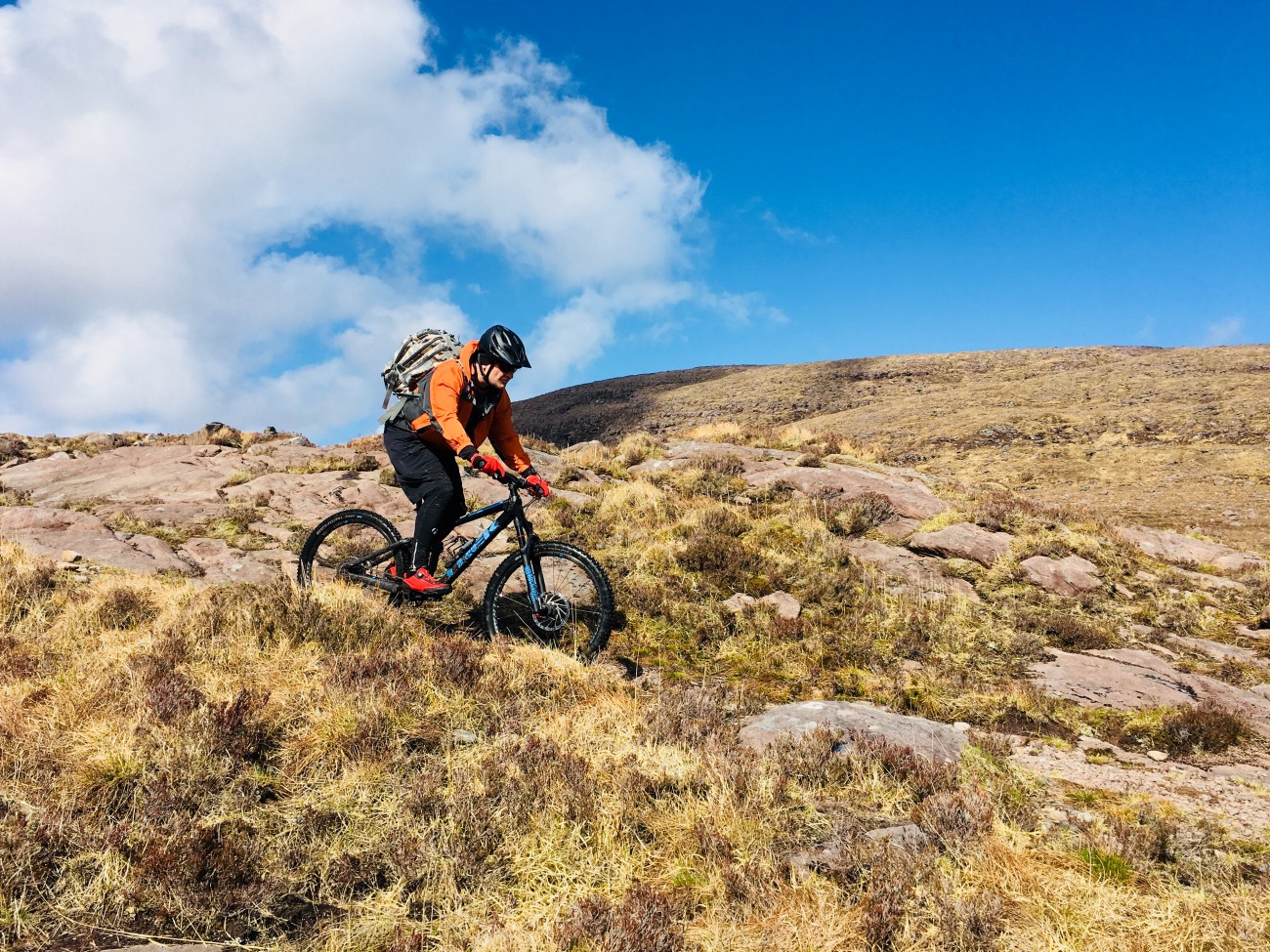 In just a few more moments, the perfection of my mossy nap would be shattered.

After the group reunited, it was time to experience Achnashellach, the descent that is widely recognized as the best downhill in all of Great Britain. I had been looking forward to this moment and the chance to add this to my resume of trails I have ridden. I had no idea what awaited me.

The trail started out placid, with great slabs of rock angled perfectly from which to bank satisfying, sweeping turns. Things soon turned ugly. The benign slickrock became a series of steep drops as the trail narrowed into a foreboding ditch. The trail came at me as a blurry staccato of jolts as my tires left one ledge and crashed into the one below.  I came to a particularly narrow, vertical chute littered with tire-stopping, loose rock and had a fleeting thought that this would be a bad time to come off the bike.

I came off the bike.

I landed heavy amongst the jagged stones. As I composed myself after the adrenaline flood of the crash started to subside, I took stock of my injuries. Not too bad, I thought. A large, bloody scrape on my forearm seemed to be the worst of it. Then I looked at my hand. The left pinky finger of my glove was bent at weird angles and I thought that my finger must have somehow come out of the glove. Then the sickening realization came that my finger was indeed still in the glove. It was dislocated.

Oddly, there wasn’t a lot of pain with the injury. Mostly, I felt the pain of knowing that I would not be riding any more this day and probably for the rest of the trip. That hurt more than all of my accumulated physical injuries. My excellent adventure was finished…well, one part of the adventure. Now I needed to get to the hospital, which would be an unplanned and unwelcome adventure.

Steve’s hospital adventure ran extremely smoothly and he’s now the proud owner of an NHS number as well as a slightly wonky little finger! Sadly, he was unable to ride on Skye the next day and he headed back to the USA troubled by some unfinished business.

He’s back in the saddle again now. And has even been entering the odd race in his native Alabama.

You can read more of Steve’s top-notch scribblings here 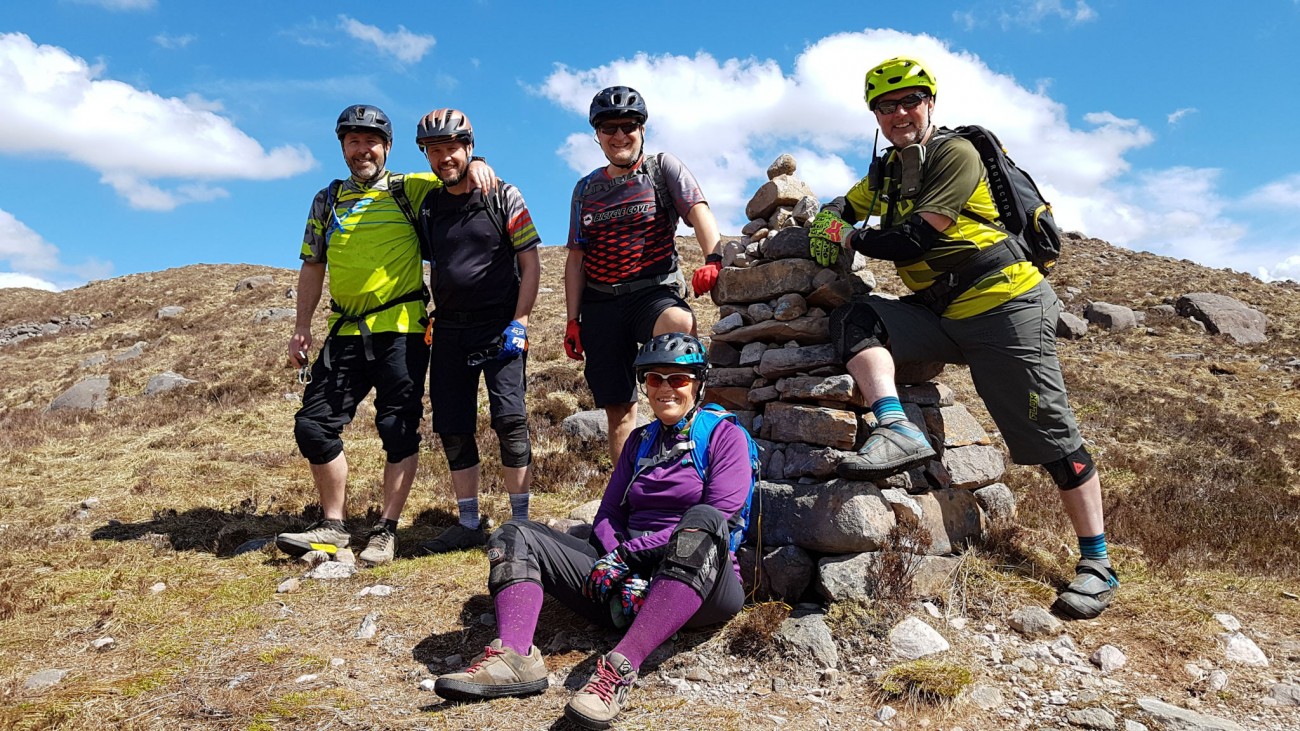 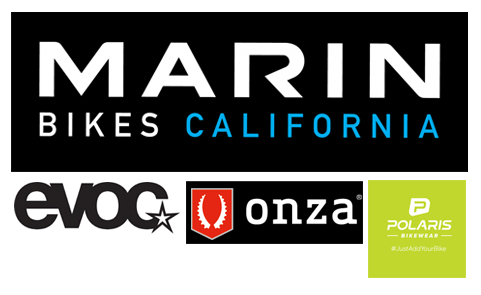