Live and Let Live (can we?) 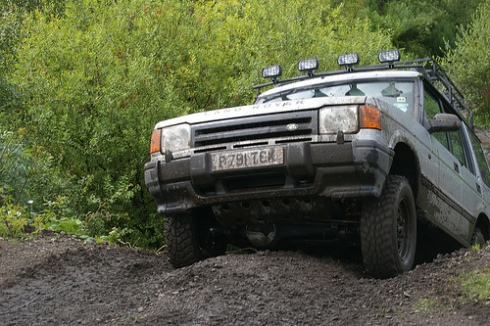 What have 4x4s and motorbikes got to do with mountain biking? Maybe more than you think.

I read a tweet on Twitter today, celebrating a ruling by the Peak District National Park to close two well-known trails to motor vehicles – basically 4x4s and trail bikes.

I’m guessing most who read this blog will see that as a good thing – as did the Tweeter.

And as somebody who’s seen more than his fair share of torn-up trails, and had a few too many quiet and peaceful afternoons shattered by ineffective motorbike exhausts, perhaps I should too.

Firstly, because I genuinely believe that a lane here and lane there won’t really improve things. OK, it will for that lane. And if erosion or clashes with other uses are an issue on that lane then it will to an extent. But surely it will just increase traffic on other lanes where there’s no ban in place. Or worse still, where it’s already illegal but almost impossible to enforce?

And what if a whole area, say a national park, becomes an off-road motor-free zone. Will all those living in the catchment area just change hobbies? I have my doubts. They are more likely to just move further afield to areas with less protection or resources.

The second reason I’m wary is because, like it or not, there are too many parallels with mountain biking. We are also a minority group that many believe don’t belong in the countryside. And it somehow doesn’t sit quite right with me celebrating somebody else’s loss when next time it could be mine.

So is there a  solution?

I believe there is.

Firstly, I think the issue should be dealt with nationally not locally. As things stand, local bans and changes to the Rights of Way system simply pass the buck from one authority to another; from one hillside to the next. In the end, it will probably be the most remote areas – often the most fragile and in need of protection – where the buck finally stops.

And the second is to find some compromises so that green laners and trail riders can do their thing without annoying people and damaging the trails. Perhaps an exchange? In places where delicate lanes are taken away, other, more sustainable trails could be made available in their place on a trial permissive basis? Perhaps by flexible restrictions? For example, where clashes with other users are likely, voluntary seasonal agreements like the one mountain bikers have on Snowdon would perhaps ease the problem?*

I’m sure better brains than mine could come up with others.

My opinions on 4x4s and motorbikes in the hills (which I deliberately haven’t stated here) haven’t changed at all. But as someone who currently relies on the Rights of Way** system for both my hobbies and my work, I’m definitely not about to join the braying mob.

I’d much rather see the effort put into fair play for all.

NOTE: I’m keen to hear what others think? Feel free to comment/share/whatever…

*There is a voluntary restriction on cycling on the Snowdon bridleways between 10 am and 5 pm from 1 May until 30 September.

**See below (http://mtbguiding.wordpress.com/2014/01/21/game-changer/) for more information on a potential radical reformation of access laws in Wales. 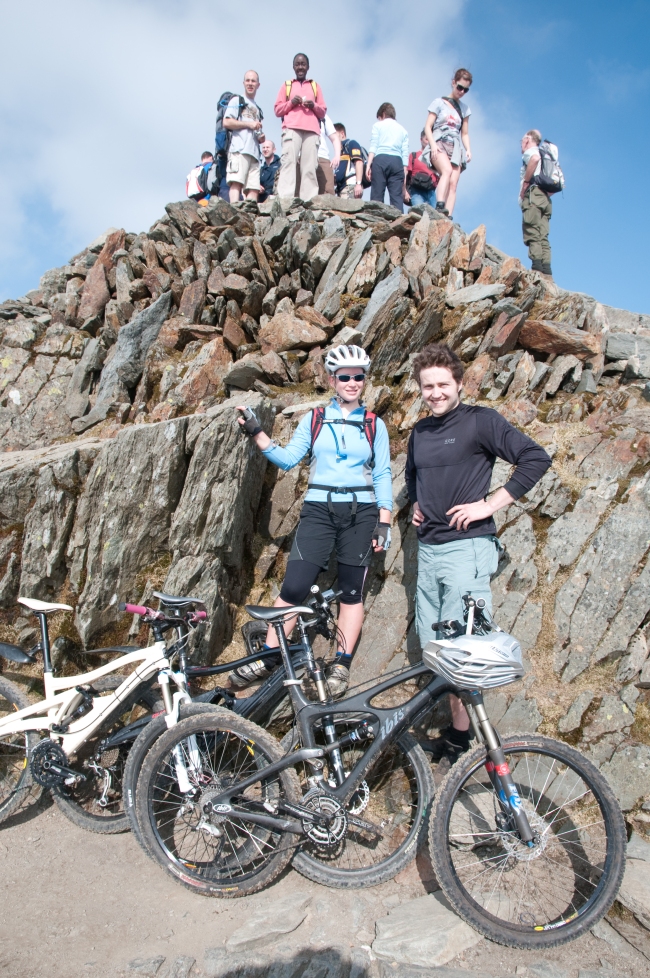 Bottom Photo: Walkers and bikers living together on Snowdon Summit